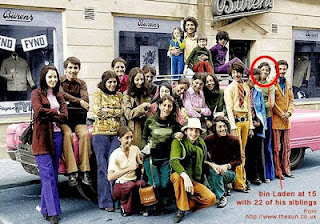 
Reportedly this is Osama bin Laden with Zbigniew Brzezinski. 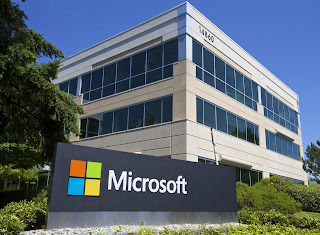 The bin Ladens own part of Microsoft

The bin Laden family continues to have a stake, estimated by one source at about ten million dollars, in the Fremont Group, a private investment company, on whose board of directors sits another former Secretary of State, George Shultz.

Much of the family's private banking is handled by Citigroup, which is chaired by former Treasury Secretary Robert Rubin.

The bin Laden family has equity investments with Merrill Lynch and Goldman Sachs.

Among the bin Laden family's business partners is General Electric. A spokesman for Jack Welch, the chairman of G.E., says that the family threw a party for him in the nineteen-nineties in Saudi Arabia, and that Welch "considers them good business partners."

One American diplomat says, "You talk about your global investors, it's them. They own part of Microsoft, Boeing, and who knows what else."

Others note that the family has been awarded contracts to help rebuild American military installations, including the Khobar Towers, which were damaged in a terrorist attack that killed nineteen servicemen in 1996.